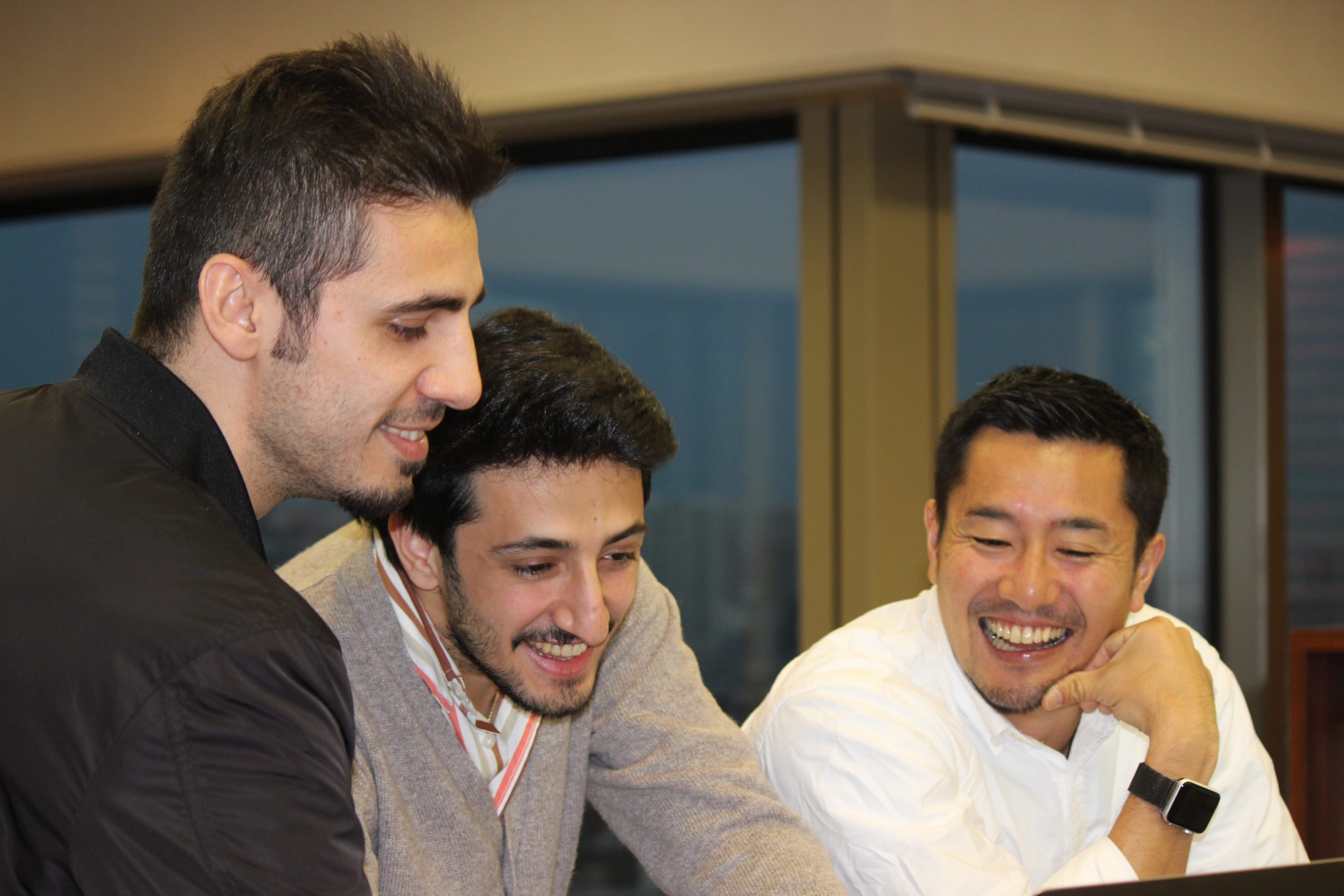 Tokyo Japanese Academy has various companies to assist you in getting a better opportunity when job-hunting in Japan.

Today, we would like to introduce you to one of the companies that we have a partnership with.

Here are some of the questions that we asked.

Q: What kind of business is your company engaged in?

A: We carry out lab-based offshore development and contract development for Syrian IT engineers living overseas. We directly participate in the client’s development team and support the development phase from function implementation to maintenance through online communication.

Q: When did you start hiring an overseas staff?

A: Since the company was founded with the idea of “creating a business where we can co-creation with Syrian engineers”, a Syrian engineer joined as CTO and we have been positive about recruiting overseas human resources since the beginning when the company started. Even now, many of our staff members are from overseas.

Q: What are some of the advantages of hiring overseas staff?

A: The fact that they are willing to do creative work is more than what we expected at first. It was a great miscalculation because they did more work than we were hoping for them to do. It was also a good thing that we were able to clear up some of the ambiguities between the Japanese and foreigners, which led to not having any big problems in the company.

Additionally, one other thing that I love about them is the fact that they have a strong sense of community. I think it is quite refreshing to be able to come up with new ideas that are difficult to come up with in an organization with only Japanese people with high homogeneity.

Q: Will you continue to promote the employment of foreign employees in the future?

A: Yes, we are planning to hire people of various nationalities as our business expands.

Q: What is the standard of Japanese language ability for recruitment at your company?

A: Able to understand basic Japanese to some extent (N5)

Q: Please give us some advice for foreigners who wish to work in Japan.

A: I think it is better to make sure that the company is prepared to accept diversity as an organization, not just the part about “foreigners”. In terms of self-effort, even if the level of “Japanese” is low and there is on direct obstacle to work, it is strongly recommended to learn it well to maintain good relationships within and outside the company.

I hope this article found you some more interest in this company!